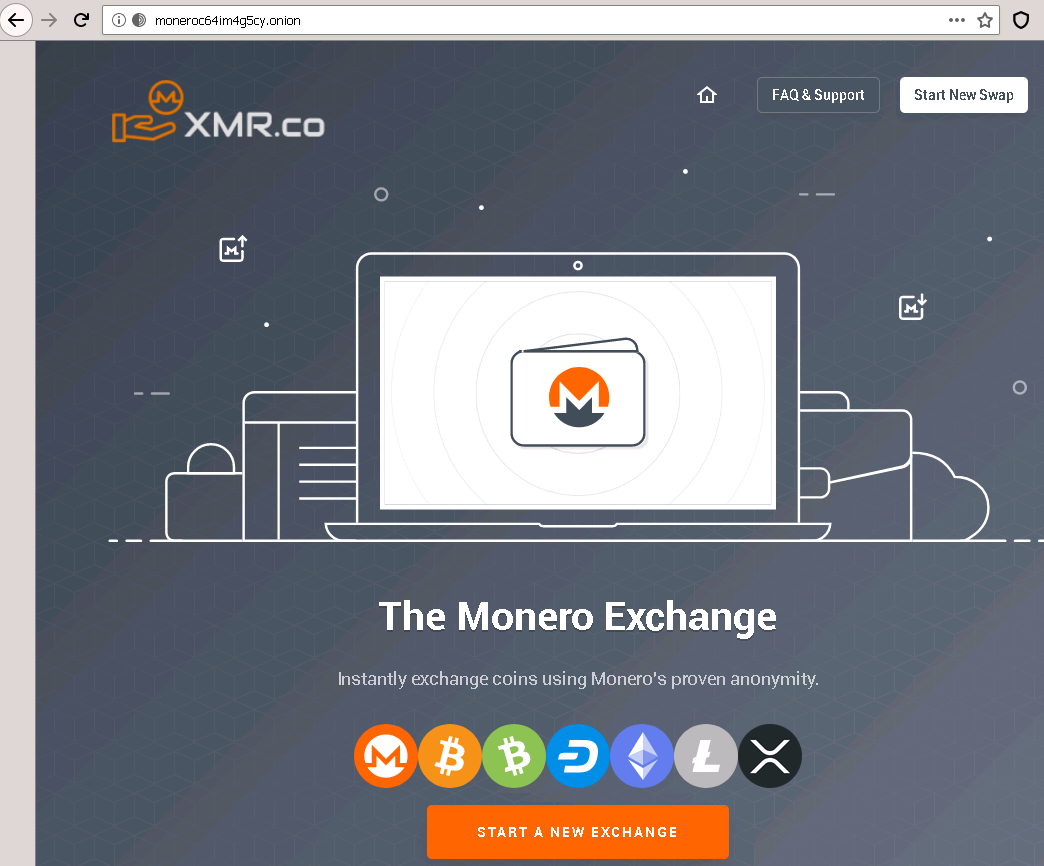 XMR.co, or The Anonymous Monero Exchange has been around for several years and is a wonderful substitute to the popular shapeShift exchange. Unlike ShapeShift which now requires KYC (Know Your Customer), XMR.co is hosted overseas and can be accessed via the darkweb onion so is not compelled to honor such policies of other countries. Using XMR.co, you can swap any of your cryptocurrency coins such as Monero, Bitcoin, Bitcoin Cash, LiteCoin, ZCash, Ethereum, and more. The best part about using XMR.co is it has the ability to swap both directions. For instance you can either send in your Bitcoin to receive Monero, or you can send in your Monero to receive fresh clean Bitcoin. This is a great alternative rather than using old fashioned Bitcoin mixers or tumblers. The limits are usually adequate enough for the average cryptocurrency user. Some business or high rollers, may have to do separate transactions if you plan on coin swapping higher amounts. The amounts can be displayed before you create an exchange which are typically around 0.001 BTC as a minimum or 10 BTC as a maximum. The best part about XMR.co is no user information such as passport or even an E-mail is required. The coin swap is instant and assigns you a private session token to track and monitor the progress of your coin swap. It is always of course recommended like with any other website you are unfamiliar with, to test a small amount first to see how the system works before engaging in larger transactions. The exchange support can be found on Wickr encrypted messenger if you have any questions on using the service and they seem fast to respond. The one negative thing about XMR.co is that the rates displayed may be slightly higher than some of the other cryptocurrency exchanges and coin swappers – however – it is a great price to pay to ensure you remain 100% anonymous. It is well documented through out Reddit and other Facebook groups, exchanges such as HitBTC, Binance, ShapeShift, etc. will randomly lock your account and hold your funds hostage until you complete piles of documents to verify your identity.