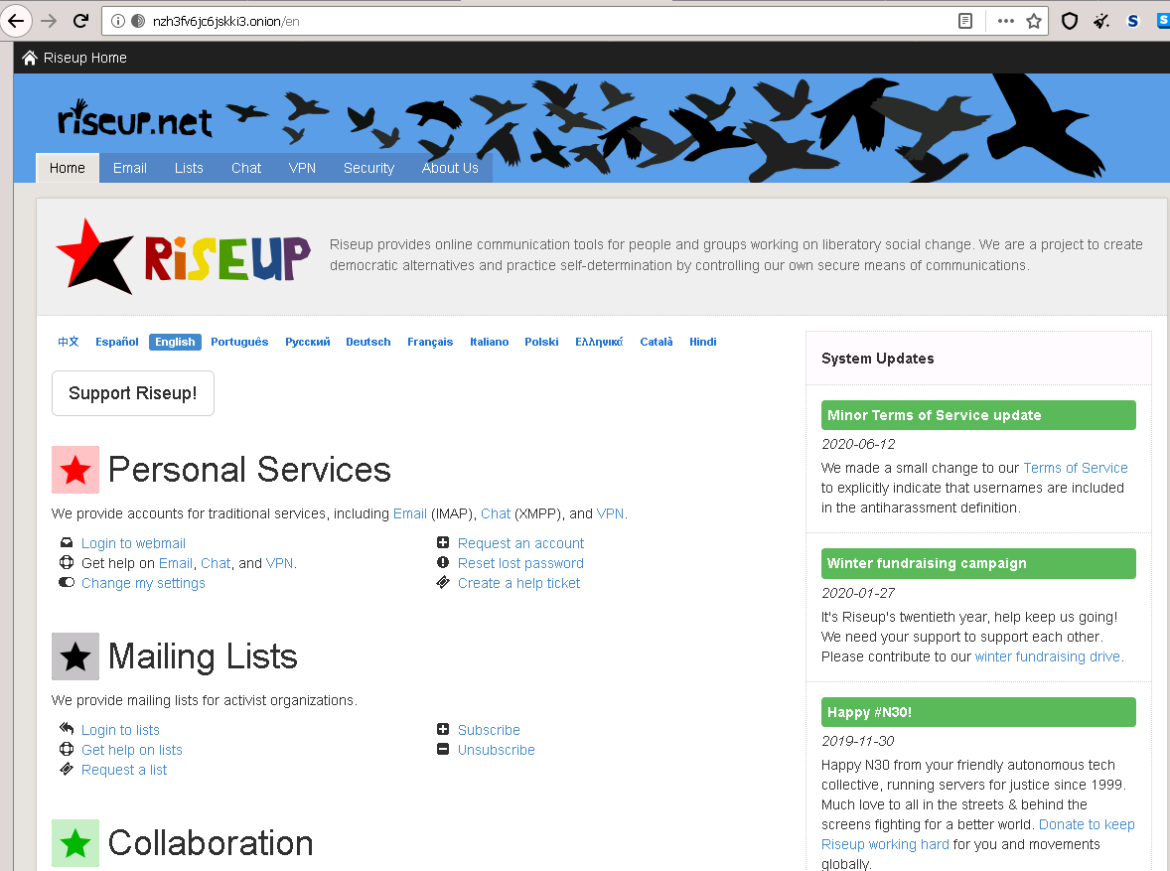 What is RiseUp’s Clearnet URL?
Riseup.net

Riseup is one of the oldest submissions we have received and reviewed. Founded in 1999 or 2000, it provides several tools to help communicate encrypted and securely to protect your privacy. Riseup has several features in it’s mail program such as IMAP or POP and seems reliable enough to use as a main provider. The downfall with Riseup it is based in the United States of America out of Seattle and could be compelled or is already under state surveillance. Riseup does offer a VPN srvice as well but again the company is based out of the USA which we would not recommend to go with it for pure privacy, especially if you are an American citizen. Over 6 million users do utilize Riseup, so we think the provider is here to stay for another decade at least.