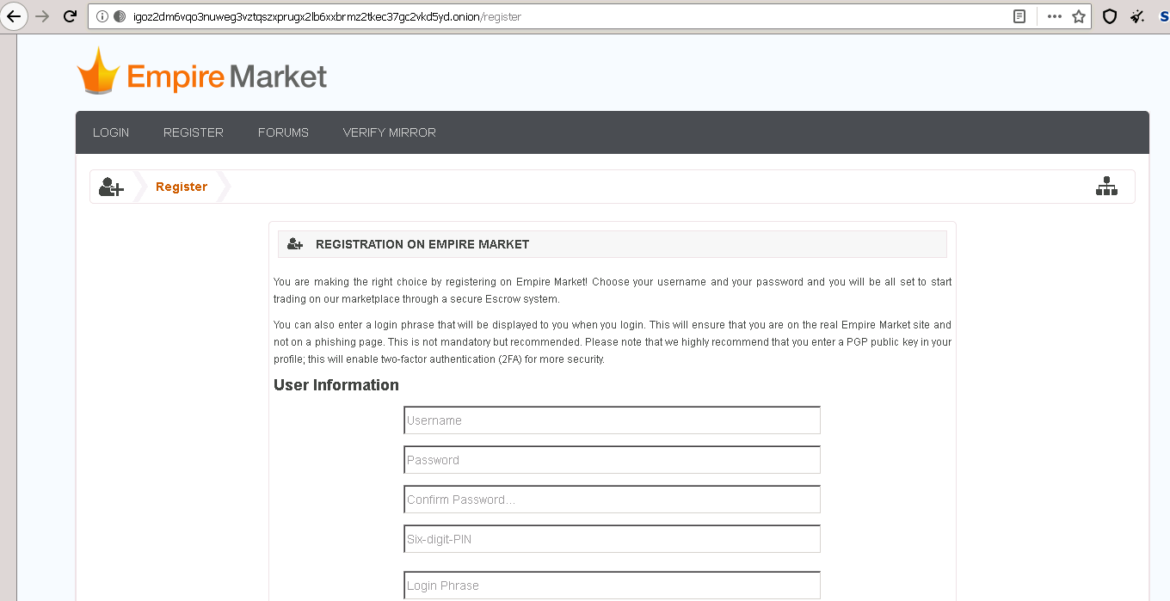 What is Empire Market’s Clearnet URL?
None Available

Empire Market was launched sometime in 2018 and instantly became the #1 darkweb market place. Over the past years, dozens of market places have came and went. Many of them sell illegal products such as stolen credit cards, stolen identities, social security number, passports, cocaine, and other dangerous drugs. Sometimes the drugs could even be lace with fentanyl which could kill you with an overdose! It should duly be noted that shopping on Empire Market involves a risk from stolen funds to the law enforcement knocking on your door. You should also not keep any funds such as bitcoin stored on the website as any day the website could disappear and be shut offline like other markets have in the past such as Silk Road and Dream Market. If you do decide to shop for anything off any darkweb market onion, it is recommend to always mix your bitcoin using a Bitcoin Mixer or Tumbler before depositing.